And I’m belted into the passenger seat of James’s S12 Nissan Silvia, listening to the intake howl from a naturally aspirated SR20 as we quickly thread our way through the arctic darkness. It’s late last Wednesday evening and I’ve just joined my friend James on an errand to local boys C’s Garage to drop off a front guard.

When I arrived at James’s garage I found him underneath his car, sprawled out across the cold concrete floor. He was finishing fitting a home-made restrictor plate to his exhaust in an effort to try and muzzle some aggressive looking twin pipes. And it wasn’t long before was happy with his job and the exhaust tone was substantially suppressed.

Not wanting to freeze we quickly moved to the exterior and finished putting a few final touches on a new front lip. By finial touches I actually mean we strung it all together using a web of zipties, but you get the idea.

I then fired off a few quick garage shots, packed my gear and jumped into the passenger seat. 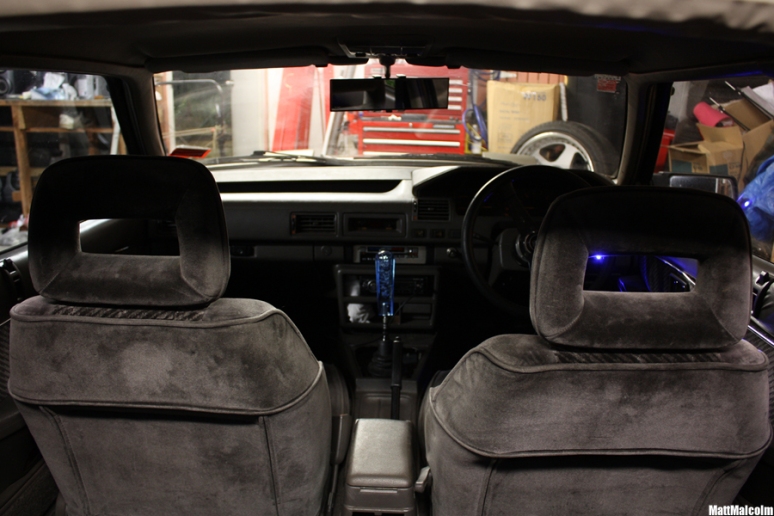 The first thing that dawned on me as I did up my seatbelt was that I had just sat down onto the set of a 1980’s cult film. Beige and brown, orange and tan; were the colours of choice scattered around a surprisingly roomy interior.

A pair of old bride seats sat under several boxes aging quietly outside the car in the crisp air. James mentioned that the S12 floorpan is quite different to it’s S13 counterparts and subsequently it’s rather challenging to find suitable seat rails. 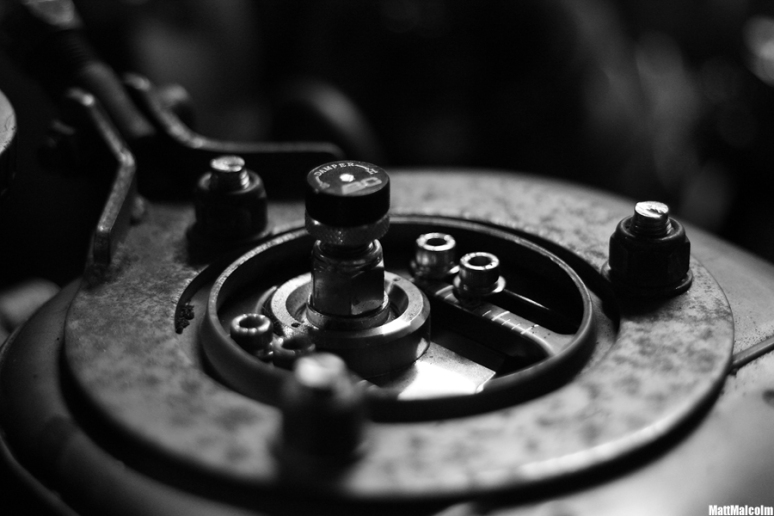 We pulled slowly backwards out of the garage and into the darkness.

And with the needle at midnight we moved promptly through the night to our destination in Coastesville. It wasn’t long after we arrived at C’s Garage and after a event-less delivery we left bound for home. Moving through the darkness I spotted a lonely streetlight in the distance, casting an island of light in a sea of endless shadows.

Seeing this as a good spot for a few photo’s I asked James to pull the car over. 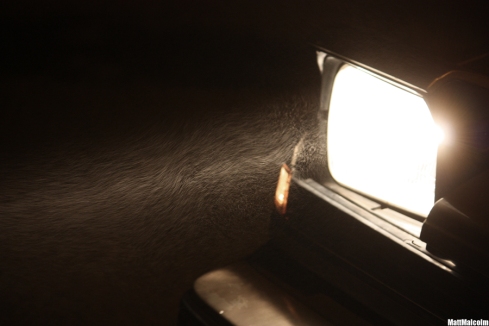 We pulled up and I stepped out of the car.

The fog was thick and heavy and my camera gear was really struggling to shoot anything remotely close to what I deem as “in focus” I managed a couple of shots, check out the headlight shot above to give you an idea of how deep and heavy the blanket of fog really was.

Combine this with the bone chilling cold, my shaking hands, the inconceivable darkness and I was really in for a hard time.

But I had to try.

Because sitting there at the end of my lense bathed in the orange glow of a singular streetlight waited an immaculate example of the Nissan legacy. Originally born a CA18ET the S12’s old engine has been swapped in favour of a more reliable SR20DE, footworks come courtesy of Bor-Chuann better known as BC Racing and some custom-made 15×8 and 15×9 wheels planted the car firmly to the bitter cold tarmac.

Not wanting to spend too long in the cold for fears of being attacked by polar bears I grabbed my camera and jumped back into the car.

On our return to Jame’s garage I mentioned that we should stop in a car park so I could get some shots of the car under the bright lights. He thought this was a pretty solid idea, so we pulled up under a local department store and I fired off a couple more photos to conclude our trip. 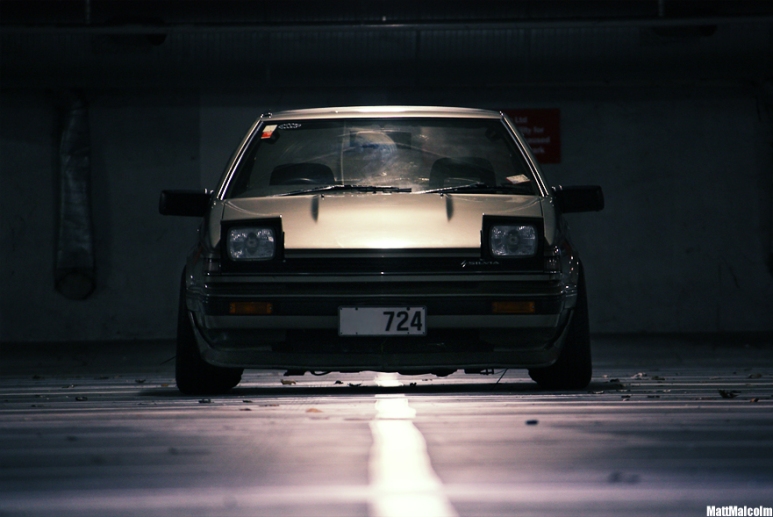 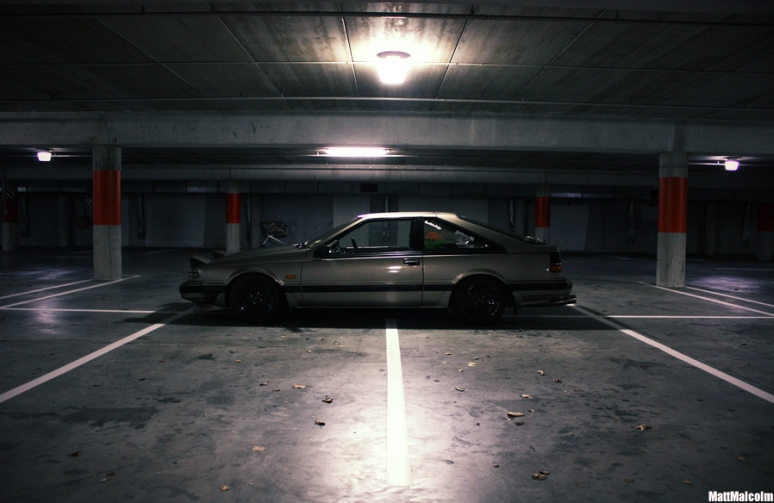 A huge thanks to James for letting me shoot his car. I’m eagerly looking forward to seeing this thing in action! And as for me, I can’t wait to get a decent camera and lense combo..

This photoblog shit is getting pretty addictive.