The internet is wonderful, it allows millions of people, all around the world to connect with each other…

and talk a load of crap.

Seriously, sometimes it’s like a hurricane of meaningless noise, consuming forums, blogs and every available character in the Youtube comment box. The parasite of pointless conversation is the unfortunate epicenter of the internet!

Happily though, in the dawn of the web 2.0 revolution some of this crap is balanced out with the like-minded people you actually meet and talk with. And during my 4 days in Christchurch, I received an Email from a man called Hamish. Located in New Zealand’s South Island, Christchurch, better known as The Garden City is a city full of history, bridges and people in coats. Having never met Hamish, and only spoken in sporadic comments on each other’s blogs I was really unsure of what, or who to expect.

I was feeling hung-over and craving some Burger King when Hamish pulled up outside my hotel in his old Corolla. It turns out he wasn’t a hoodie wearing, thug-life gangster, but a fairly intelligent design engineer specializing in marine docking solutions. And after a quick 5 minute drive through the quiet one-way streets of central Christchurch we arrived at a very unsuspecting looking apartment block where Hamish lived.

I had previously seen pictures of the S15 he was building on his blog and saw that he had designed and built some custom engine mounts but didn’t really think much of the project itself. On the surface it just looked like another run-of-the-mill SR20DET powered S-Chassis.

Well all that talk about books and covers quickly started to ring true as Hamish pushed the car backwards out of the garage and into the overcast daylight. 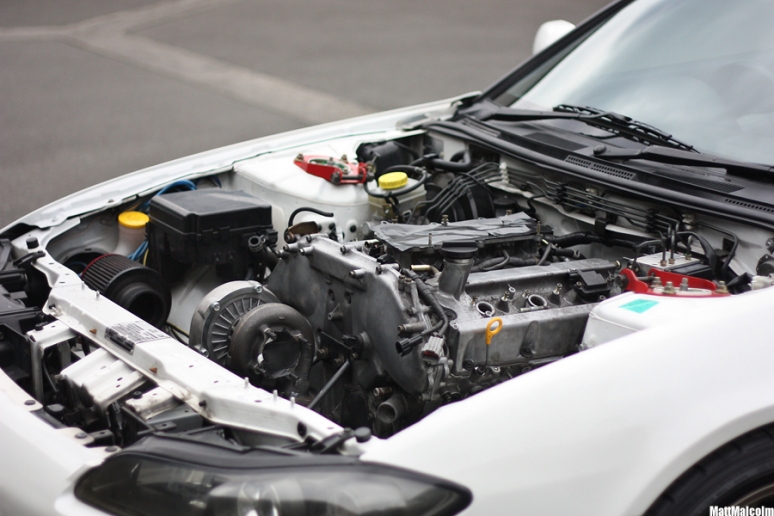 A very tidy VQ30DET sat where the old SR20 did. And for someone who is used to seeing poorly located electrical looms, structural part’s held on by zipties and your general assortment of engine bay fire hazards it was a welcome sight to see such an immaculate and detailed engine swap. Custom exhaust manifold’s flanked the big alloy VQ block and plans for an intricate but simplistic exhaust and waste gate system are well on their way. 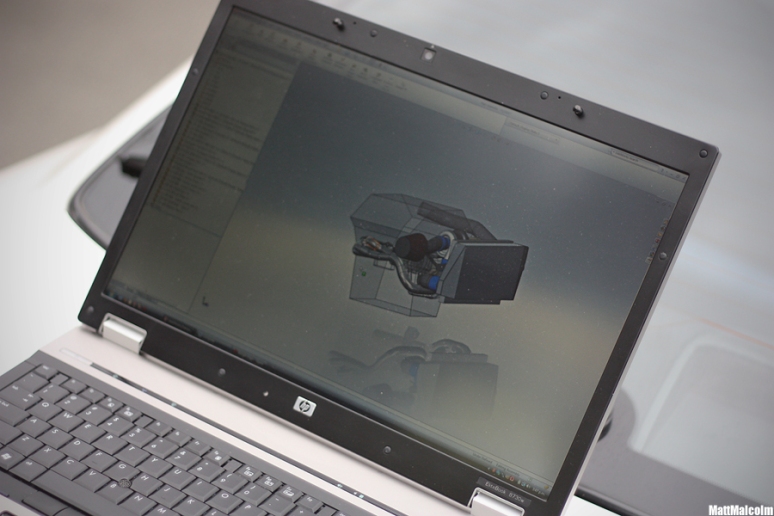 And when I say plans, I actually mean very accurate 3D models. You see Hamish by trade spends his days at the helm of an application called Solidworks. And for those of you who are not familiar with this very powerful 3D modeling tool it is basically a software program which allows you to design and create 3D models then simulate and test the model before it’s built in the real world.

From the outside to the inside, the interior was just as clean with simplicity and functionality being favored over florescent stickers and oversized gear knobs. Although pair of R32 GTR seats had been swapped for the standard S15 kit to give Hamish a bit more love through the many winding corners that surround Christchurch city. 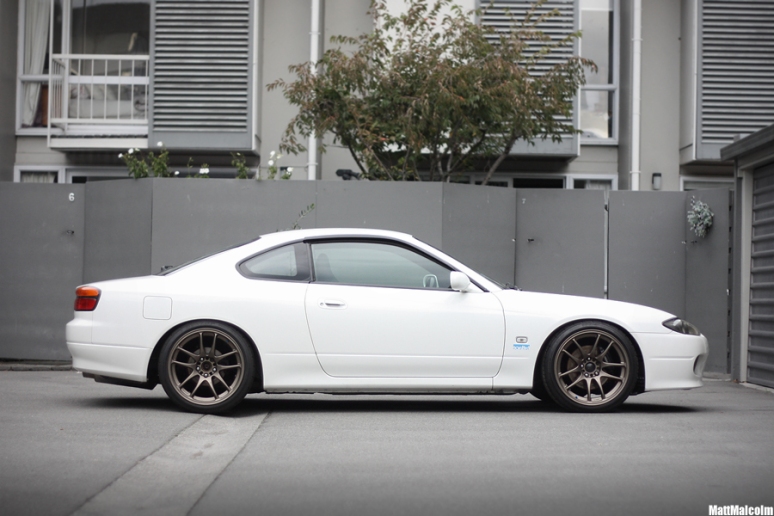 I would like to extend my thanks to Hamish for letting me shoot his car and despite the plague of irrelevant conversation which extends to all corners of the internet, in the age of web 2.0 the internet really has become an invaluable tool for connecting with friends, family, and like-minded people. It is if our six degree’s of separation is rapidly shrinking and its amazing how effortlessly we can form relationships regardless of geographic location.

I guess I’m glad be part of it.

Even if some of it is crap.